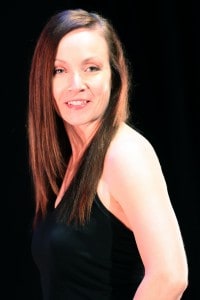 Kim Lang founded High Performance Dance Theatre (HPDT) in February of 1996.  HPDT is a non-profit arts organization with the original goal of touring their original production of “Fangalangus Island”.  Kim is the Artistic Director of HPDT.  She graduated from Colorado State University with her degree in dance.  Kim has taught, choreographed and performed in Colorado since 1993.  She started dancing at age 8, and continues to study ballet, modern, lyrical, hip-hop, cultural dance and jazz.  While attending Colorado State University, she received several Creative Performing Arts Scholarship Awards.

After graduating from CSU with honors in December of 1993 with a Performance Art degree, she began working with the many local groups in Northern Colorado.  She made the decision to pursue her own choreography career through HPDT.  She has produced 2 evening length works every year since 1996.

Currently Kim teaches jazz, lyrical, ballet and modern, as well as setting choreography for competition and performing groups in Northern Colorado.  She follows her passion for choreography and teaching through High Performance Dance Theatre.